During a recent gig at London's Twisted Audio, Nick Warren unveiled some information about the upcoming Way Out West album 'We Love Machine' and potential future single 'Future Perfect' which gets it's first official airing via Youtube. Check out this video to listen to what Nick has to say and to get a preview of this first album track. 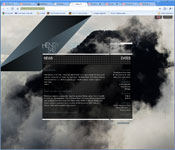 Ahead of the release of his second EP on Renaissance and following on from the superb single 'This Howling World' on Paradigma Muzik, Henry Saiz now launches his new and official website, with a free download of his sought after Radiohead - Reckoner remix and details on his new radio show Labyrinth.

Between 1993 and 1996 the rave scene was exploding on the East Coast of the U.S. Each major city in the NE had it's favorite DJ, club night and rave promoter. In Baltimore the man at every party was Scott Henry. For those of you whose mix tapes have long been eaten by your 15 year old tape deck - or maybe you missed those days entirely - Chris Bulla has put together a collection of some of the finest mixes from the mid to late 90's. There are classic mixes from Baltimore DJs Scott Henry and Feelgood along with some of the favorite guests at the Raves in the Baltimore/DC area like Dieselboy and Doc Martin. The mixes themselves are global, with some like Scott Henry's recorded locally while others are from events around the world; the unifying factor is that almost all were recorded between 93 and 96. Congrats to Chris Bulla for taking the time to preserve these mixes. 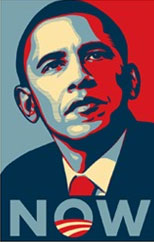 The Crystal Method Remake 'Now is the Time'

In 1994, THE CRYSTAL METHOD released their first single Now Is the Time which sampled a prominent slogan of the 1960s civil rights movement. More than a decade later, the same slogan was used throughout Democratic presidential nominee Senator Barack Obamas speech at the Democratic convention in Denver, Colorado.

As election time nears, THE CRYSTAL METHOD - who are Ken Jordan and Scott Kirkland - have remade the song utilizing a sample of Obamas Now Is the Time statement from his speech. Fans will be able to obtain the song as a free download through The Crystal Methods website at . Shepard Fairey revised his popular Obama portrait logo for Now Is the Time and the artwork can also be viewed at the site.

Like 38 million other Americans, we were transfixed listening to Obamas acceptance speech at the Democratic National Convention. It reminded us of the creative process we went through all those years ago, listening to samples of inspiring old civil rights speeches and creating the original Now Is Time," states THE CRYSTAL METHOD. We dont often revisit old songs but weve been spending so much time looking forward as we work on our new album it seemed appropriate to take a minute to look back at the beginning. Plus, right now no American could be hurt by hearing another inspiring message, whether its on the morning news or at the club later that night. This is a song we just want people to hear.

Although di.fm is probably already a great resource for a lot of you, I do need to point it out because DI.fm has always been there for me when I need a good music fix.

Ari Shohat started DI.fm just before 2000 with one Trance channel, but almost 8 years later, they now have 19 channels on the electronic music side and also offer a slew of channels for other types of music from New Age to Country.

I have often tuned into some great stuff on the Progressive channel and the Breaks channel is typically slamming.

Streaming is offered VIA MP3, AAC and Windows Media Streaming. I typically use my WinAmp to stream MP3. I am too cheap at the moment to upgrade to the higher quality premium version, so I am still suffering through commercial interruptions, but the quality of the streams is great.

Be sure to check out John Digweed's Transitions every Tuesday (Noon US Eastern Time, 5 PM UK Time, 18:00 Central European Time)

Also, Sultan, who is currently set to launch Yoshitoshi Montreal currently hosts his own radio show, "Connected Live" on DI.FM. The two-hour show will be aired the last Monday of every month.

This guy remixes almost everything he can get his hands on and also has released originals on Bedrock Records and Saw Recordings to name a few. I have been listening to Morgan Page for a while now, and I recommend you check out his site. He offers a large selection of his remixes and originals delivered on a stand alone Flash player. I am currently hammering his remix of Stevie Nicks' "Stand Back."

Check out the latest interview with chloé over at DJsInBox.com

Chloe has been with Progressive-Sounds for 5 years serving up our very own Sound Bytes, but that is far from all. Last year she toured with John Digweed on the tour to promote his inaugural Transitions album, is soon to launch her own record label Further Music, in addition to holding down radio shows on Proton Radio and Danceradio.gr.

In addition to her djing, she's an avid studio and gear junkie, with a string of original productions and remixes to appear over the coming months.

Collaborating with Canada's Deeburn, she has remixed Artists/Petter/Petter.asp">[ (Freak N' Love), Pole Folder (Crossing Oceans) and several other high profile projects by established artists which will follow later in the year.

On the original production front her debut single 'Skooch' is already a firm favourite of Hernan Cattaneo's and comes complete with a rare remix from the legendary Oliver Lieb.

Her DJ diary has recently taken her to Kosovo, Russia, Madrid, New York City, Vancouver and Texas, and upcoming gigs include dates in Turkey and Russia, in addition to a UK festival debut in the Bedrock Transitions Arena at Global Gathering alongside John Digweed, Jimmy Van M, Eric Prydz and SOS, followed by a gig in Tenerife supporting John Digweed.

More information can be found on Chloe's Myspace at:
[