Progressive-Sounds: The Delta Heavy tour raised the bar on people's expectations and perception of what a DJ set entailed. How much of an impact, having spent the last few years going back to and living in America as DJ would you say the tour has had on the dance scene there in terms of the overall?
Sasha:

Having a DJ doing such a huge venue isn't such a big deal anymore. At the time of the Delta Heavy tour, it hadn't really been done. It was unique for a DJ to take that kind of production on the road. It just hadn't been done before. It is more common now for DJs to be touring and taking production on the road and being a bit more professional about what they're doing.

Progressive-Sounds: Can we expect a Delta Heavy soundtrack?
Sasha: No, its kinda one of the reasons the DVD took its time to come out. We kept trying to work it out and whether or not to back it up with a compilation. You know, there was talk of doing another Delta Heavy tour to follow up the last one and that would have been when the DVD would have been released. But as time went on things got messed up and it just never happened, so the DVD just came out on its own. We haven't written off the possibility of doing more Delta Heavy shows in the future but as of yet we haven't got anything concrete. 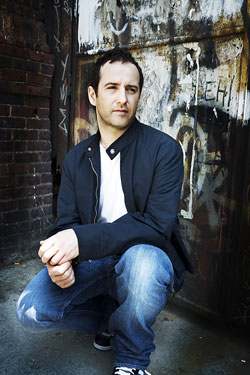 Progressive-Sounds: You've always embraced technology within your sets, using Fireworx in conjuncture with the Allen and Heath mixer when you were playing off CDs, and then progressing to the Maven controller which you developed and now use. How did you find the transition from one to the other, and have you had to adjust the way in which you play as a result?
Sasha: Everything has changed for me. Technology always moves things forward and I have just jumped on the whole computer thing. Everything has changed for me really in terms of what I am doing and how I am presenting myself. It's all moved along beautifully. It's interesting to look back. I am still playing vinyl though.

Progressive-Sounds: With your sets incorporating on-the-fly editing and remixing, do you find that the internet plays a bigger part in how you obtain and prepare your music for your sets, and that you receive a lot more material digitally as opposed to the old postal method or at gigs where people would hand you a cdr?
Sasha: Everything is sent to my office in London and its all put up on my server. I've got people to help me with my Ableton edits. I get sent over 100 tracks a week. It would take me all week just to get the tracks edited and uploaded to my computer. My guys go into my server and download my tracks, do the Ableton edits and upload. Every Thursday I go into my site and grab 100s of pieces of music that are all ready to go. I could be in India, I could be in Australia, as long as I've got a high speed internet connection I can get brand new music every day. Where as before you would take a box of records on tour with you and you would get to know the records and by the end of the tour you would be pretty pissed off with them. Now my set changes every weekend. Of course certain records stick with you and stay with you. The technology is still not perfect. It feels different to be playing off a computer than it does to play vinyl or CD. Now that it has all happened I can't think of going back.

Every Thursday I go into my site and grab 100s of pieces of music that are all ready to go. I could be in India, I could be in Australia, as long as I've got a high speed internet connection I can get brand new music every day.

Progressive-Sounds: We've been told later this year you will be releasing a new album for Global Underground, but will this be a continuation of the Fundacion concept, the next installment of your ongoing Involver series, or do you have something else in mind?
Sasha: Yeah, it's going to be like the Involver series. I am working on remixes right now. There's nothing more I can say at this time.

Progressive-Sounds: Finally, reflecting back, what would be your best memory of the Delta Heavy tour, and what personal experience or influence did you come away from the tour with that you have carried through with you to where you are now
Sasha: Getting to see America like that, on the road was very interesting. It was an amazing experience. I would love to do the tour again.

Progressive-Sounds: We've just introduced a section where we aim to point our readers to the latest mixes, podcasts and sounds on the internet. We already have podcasts from John Digweed and Pete Tong listed. Will there be a Sasha podcast in the future?
Sasha: Yeah, maybe. John's got his radio show, so it's natural for him to be doing that. I've never really done a radio show, but maybe a podcast. I'm sure surrounding the release of the Involver project we'll be doing some stuff like that.

I've never really done a radio show, but maybe a podcast. I'm sure surrounding the release of the Involver project we'll be doing some stuff like that.

Progressive-Sounds: In your interview with Newsweek, you mentioned Jose Gonzalez as your top artist at the moment. I had just heard the Jori Hulkkonen mix of 'Crosses ' and was blown away so the name caught my eye. What can you tell us about him?
Sasha: He has signed to a really interesting record label in the UK that normally puts out techno records but his voice is captivating. The album Veneer is all acoustic. I think they've taken a couple of tracks and done dance remixes. He's playing in New York next month and I'm really looking forward to seeing him.

Progressive-Sounds: Your partnership with John Digweed always gets a lot of attention, but you also have a strong producing relationship with Charlie May. Would you tell us a bit about that?
Sasha: He's a fucking genius really. He's got the most amazing aura or vibe around him and working with him is always an amazing experience. He's got the music you know, he's got something very special when he sits in front of keyboards and starts noodling around, amazing music comes out and its always a pleasure to be in the studio with him. He's an inspiring character as well, he's just a great person to be around, and he's got a beautiful nature. He's going to be coming to NY to work on some music with me soon so I am very excited about that.

Progressive-Sounds: Are you living in NY right now?
Sasha: I am here at the moment. We just have a little studio here to do some work. I don't really live in NY, I live in, kinda in London, I don't know, airports around the world really.

Progressive-Sounds: What are you working on in the studio?
Sasha: Well we just started working on the Involver thing. It's the first time I've been in the studio working on music in a while. We just bought a load of new toys to play with so we are just getting our heads around those really.

Progressive-Sounds: Any new productions?
Sasha: Yeah we're working on some original stuff, some stuff for TV and just little bits and bobs really.