Various Artists - All In! : 10 Years Of Poker Flat 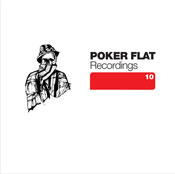 Has 2009, so the advent of the tenth anniversary of Steve Bug's Poker Flat imprint is upon us. To celebrate this landmark achievement, Steve has delved deep into the Poker Flat vaults, and called upon it's family of artists to deliver new and exclusive material, and compiled it all in a multi-disc album entitled 'All In! : 10 Years Of Poker Flat'. Set for release in March, the album will be available in a number of normal and limited edition formats as well as digital download, with the label also set to launch a new digital offshoot label, more news on which will follow soon. 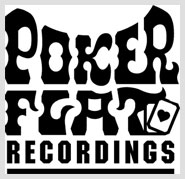 Ten Years Of Poker Flat. 10 years ago an up and coming DJ & Producer named Steve Bug launched a label as an output for a very special new sound. Having already masterminded the legendary Raw Elements label, and of course the strong-as-ever Dessous imprint, Bug and a close family of DJs and Producers had a vision for something fresh and exciting that would define the times. And thus Poker Flat Recordings was born...

10 years on, over 100 singles, and 23 albums later and we have seen the label rise from glorious strength to strength, boasting an international artist roster including the most revered names in the scene. With such artists as Steve Bug, Mrtini Brs, Martin Landsky, Phonique, Vincenzo, Guido Schneider, Argy, Trentemller, Detroit Grand Pubahs, John Tejada, Patrick Chardronnet, Martin Buttrich, Dan Berkson & James What and many, many more, Poker Flat represents the soaring stars of the electronic underground, its Past, Present and Future heroes.

The Anniversary Compilation.
This compilation celebrates all that has been and all that will be, looking back with a gleeful smile over the label's decade of music, and of course to the bright future that lies ahead. Across this 3 CD selection you'll find exclusive new tracks from key Poker Flat artists, some of the most influential singles from the current season, and some very special hidden treasures from the back catalogue, selected by Steve Bug.

Within the first, exclusive CD you'll find such delights from classic label artists like Guido Schneider & Florian Schirmacher's Nadel Und Zwirn', twisting and grinding with funked up, airy freshness, or A Beautiful Place', the latest bass heavy afterhours trip by the Mrtini Brs, on form as ever. More key artists present their ideas of things to come, such as mainstay John Tejada's M Track 5' (produced together Arian Leviste) whose melodic synth washes and tough bass phrases describe a magical, ethereal place, or the Bug's new teasing bomb, My Chihuahua Bites', with its tripped out hooks and signature floor filling sound.

More recent label signings also present their hottest new work, with Englander Burnski's spooky Species' making an impact with a nostalgic nod to the days of acid. Deep vibes and floating, haunting atmospheres are brought on strong by Patrick Chardronnet's Float', while fresh faced Gamal Kabar's kooky and downright dramatic Highlander' brings us the techno fix. In fact every track is highlight as CD 1 presents a wonderful view of the future Poker Flat sound as we step into the next decade of the label's story.

CD 2 scoops up the best of the current releases, from Argy & Sydenham's anthemic In The Mist', to DJ T's energetic burner After Dark', to David Durango's beautiful early morning bomb Move With Me', there's plenty of big room action in store. Matthias Tanzmann's superhot remix of Cle's Nomads' brings the pressure up a notch while Dessous central artists Vincenzo's first release on Poker Flat, The Phantom Image', burns the midnight oil, and Phonique's huge new remix of D.H.S' classic House of God' gets the attention it deserves. Such is the quality of the label's recent release catalogue that there are so many more gems to be found here....

The Bonus CD.
As a special celebration of the quality and sheer spectrum of music released on the label since its inception, Steve Bug has pulled out some of his hidden classics from the shelves onto CD 3. Bug's own A Night Like This' has that classic minimal funk that he made famous, while a chance meeting between Guido Schneider and Jens Bond in Oh My Buffer' rocks that bass heavy dancefloor grind that's still doing it today. Other delights are easily found, such as Joakim's gritty, electro-stepping Slap On It' remix of the Detroit Grand Pubah's Big Onion', or Berkson & What's serious lesson in controlled mayhem, The Dig'. You can rest assured every track proudly bears the Poker Flat shield, continuing to sound as fresh as ever!

This very special compilation proves more than ever the sheer quality and craftsmanship of the artists involved, producing consistently cutting edge exciting electronic music, and reminds us how much Poker Flat has given to its fans over the years. This time, all bets are closed.... All In!

The Limited Edition Box-Set.
As a special extra feature, a limited run of this box-set compilation will come packaged with an exclusive, uniquely designed 100% plastic, casino quality poker deck. The cards feature inspired, deadly chic' illustrations by artists Nils Zimmermann & Christoph Babbel and are included along with a Poker Flat sticker in a limited run of 2000 boxed sets, hand numbered at the Poker Flat headquarters.