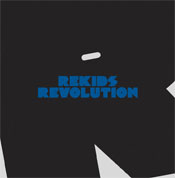 Matt Edwards and James Masters' Rekids imprint brings together some of the label's best releases from it's extensive selection of fantastic singles, and presents them in one concise compilation entitled 'Revolution'. An unmixed album, disc one features originals from Radio Slave, Mr G, plus exclusive cuts from Toby Tobias and Spencer Parker, while the second remix disc features the likes of Dubfire and Slam, again with exclusive works, this time from Jjak Hogan and Boola. Topping it all off, a bonus third disc sees Spencer Parker provide a list of his favourite pieces of music from the label, summarised and presented in one sleek dj mix, making 'Revolution' a highly comprehensive collector's item for Rekid lovers everywhere 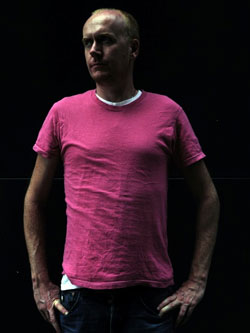 Radio Slave's Rekids imprint gets busy and brings you a 3-CD compilation of the finest Rekids releases of late - and there are many - as well as some exclusive tracks you can only find here: REKIDS REVOLUTION.

A MIXED Disk 3 sees Rekids' signing Spencer Parker expertly segue 12 of Rekids' most prominent releases into a mix that you will listen to over and over. Get addicted

Radio Slave's 'Tantakatan', taken from Rekids 022 and part of the 'No Sleep' series, brings a perfect introduction to the mix; slow, dubbed heaviness, beats and builds as the 'Grindhouse' accapella interjects and lets it roll into Veinte Tres' 'Serpiente Cosmica'. Next up, an exclusive groove-laden D'Julz remix of Spencer's 'Romantic' leads into Radio Slave's 'Bell Clap Dance', one of the biggest records of 2007. The midway brings one of the biggest dance records of 2006 - Matt O'Brien's 'Serotone' - pure yet unassuming, peaktime grooves designed to trip you sideways, switch into Spencer's own unreleased and exclusive secret weapon 'YOGOTO'. The big, hard German influences of Radio Slave's 'Secret Base' bounce into the unmistakable beats of Dubfire's remix of Radio Slave feat. Danton Eeprom's 'Grindhouse', the biggest release on Rekids yet From here, the first ever Rekids release from May 2006 - Radio Slave's 'My Bleep' (original) - bleeps up, down, around and leads into a more cosmicated Roman Flugel 'My Bleep' remix . And finally, Spencer ends with the excellent I:Cube remix of Toby Tobias' 'The Feeling' - slow electronica lets the melodies play you out.

Spencer Parker's first Rekids release came in 2006 with the 'Beautiful Noise' EP. He since released on other labels including Tsuba, Liebe* Detail, Buzzin Fly, Saved and returned to Rekids in 2008 with the 'Dreamer' EP. 2009 steps up a level as Spencer rises to the challenge of mixings Rekids' rekids into mix perfect for your ears.

REKIDS REVOLUTION is a selected montage of Rekids' recent and essential releases, as well as a look to the future with unreleased music that you can only find here.